BioAtlantech celebrated National BioTechnology Week in a big way by hosting three successful events around the theme “Educating the Masses”. We managed to engage students, educators, academic researchers, and 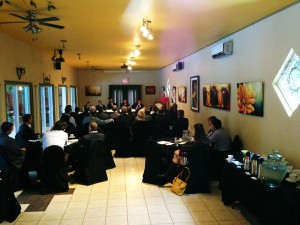 We were excited to see the support and enthusiasm for New Brunswick’s bio-economy, evidenced by high energy events, lively discussions, and engagement from key stakeholders. It seems everyone is catching on to the promise that our biotech sector holds for transforming our natural resources into value added products to drive our regional economy.

The week started off with the NB BioTech Twitter Scavenger Hunt, a two-day public event that had competitors learn about our bioscience researchers, explore biotech history, and even create their own models of DNA. This event was a great springboard for the rest of the week.

50 guests attended the Fueling the Future Panel Discussion on September 27th, where a panel of experts from key areas spoke candidly about what New Brunswick needs to do in order to get competitive: “”It’s time for our province to move from quick fixes & return to traditional sectors with a value added approach” said Dr. Greg Kealey, Executive Director of BioAtlantech, referring to how a biofuel industry would create jobs and promote sustainable  rural economic development. Ken Magnus of the Atlantic Council for BioEnergy Cooperative stressed that natural resources are New Brunswick’s “strength” and that we should “recognize it and develop it with a singular effort”.

ACBC released its Fueling the Future report last month, a document that took an inventory of our region’s biomass capacity and what it means for economic development. Mr. Magnus has since received nearly 75 requests for the 120-page document, demonstrating the importance of this issue to stakeholders across the region. Access the report. 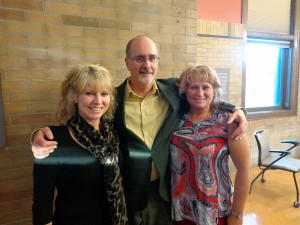 LuminUltra Technologies sponsored Innovation at the Station, a lively networking event that attracted 80 guests from across the sectors who generated dynamic discussions. Fredericton-Silverwood M.L.A. Brian MacDonald addressed the crowd, staying into the evening to enjoy the locally sourced food and drink provided by Real Food Connections, Mallet Oysters, and Picaroons Traditional Ales. The night ended with the presentation of the New Brunswick BioSciences Achievement Award, given to John Argall, former Executive Director of BioAtlantech and a long-standing champion of the sector.

BioAtlantech wants to thank everyone who attended events, helped us spread the word, and offered support. We hope to make next year’s National BioTechnology Week bigger and better.