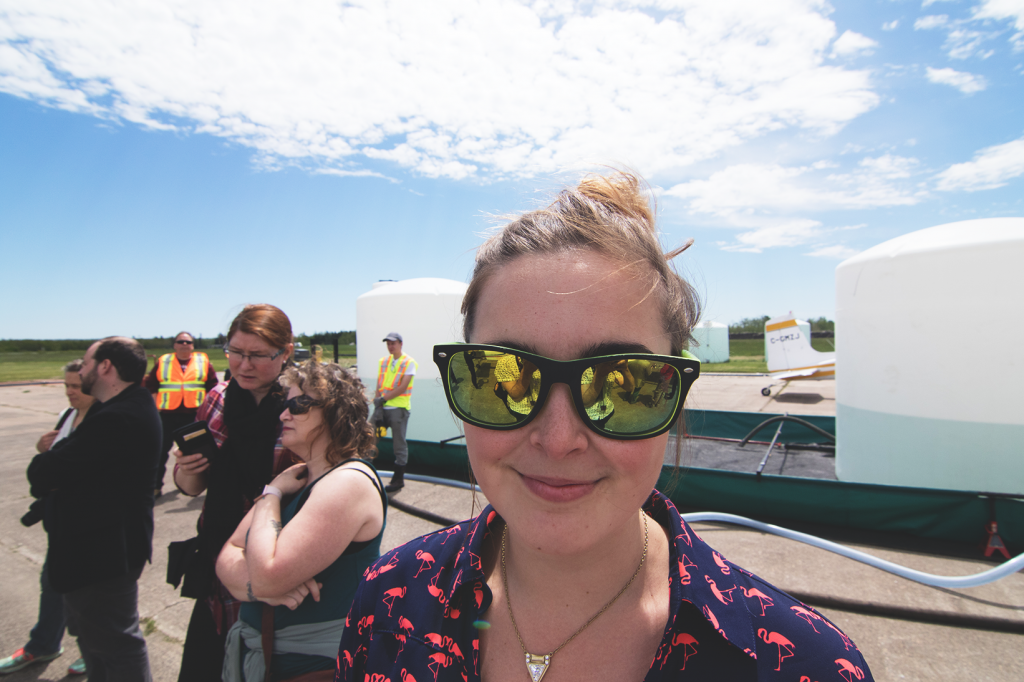 Jenny Keleher, who joined BioNB as Marketing Officer 4 years ago, is moving into a new and exciting role. She is joining NB Liquor as part of their marketing team. She has been a one-woman marketing shop at BioNB, coordinating the strategy and details of our digital marketing, public relations, and event management. Jenny will be bringing that versatility and drive to her new role as Digital Marketing Specialist at ANBL.

Jenny joined the BioNB team shortly after graduating from UNB with marketing honours in 2013. She dove head first into the complex and exciting world of biotechnology, embracing the challenge of understanding and communicating the benefits and business opportunity.

“BioNB and the biotechnology community in New Brunswick look very different from 4 years ago,” said Jenny. “This team has worked very hard to support strong startups and arrange partnerships that will drive prosperity for New Brunswick.”

Jenny’s move to ANBL is exciting for her, but also for the biotechnology community. She brings a fresh perspective to the organization, and an appreciation for the research and innovation capabilities in her home province.

“What I will miss most is meeting excited entrepreneurs and researchers. There are very smart people developing world-changing technologies right here in New Brunswick. I am happy there is an organization like BioNB to help them.”

We wish Jenny the best in her new role, and anticipate she will be a positive ambassador for the biotechnology community.

Changing the story of biotech

Read the original commentary in the Telegraph-Journal here.

The recent flurry of chemical company mergers is re-kindling the public discussion related to ‘Big Biotech’. Pharmaceutical and chemical multinational Bayer AG recently announced a proposed purchase of agriculture seed company Monsanto for $66 billion. This announcement combined with the pending merger deals between DuPont and Dow Chemical, and China National Chemical Corp and Syngenta (world’s biggest buyer of agriculture chemicals) has once again ignited the conversation around ‘Big Biotech’.

Not only is biotech much more than agriculture tech and multinationals, but biotech business is thriving here at home.

Nutritional supplements, cancer treatments, clean biochemicals, and even bioenergy – clean energy from renewable biomass that reduces emissions and ensures energy sustainability – are all considered biotech. The green economy (the bioeconomy) will be built on biotech.

The biotech community is just as wary of huge mergers as the public. A healthy competitive business environment keeps the interest of producers and consumers in mind. It is a shame that big business practices are synonymous with the term ‘biotech’, while responsible science is caught in the crossfire.

It’s Global Biotech Week (September 26th – October 2nd) so we thought it might help to put a face on what biotech means here at home. In New Brunswick, there are over 30 core bioscience companies, and another 100 organisations using bioscience as a way to improve their products and processes or reduce their impact on the environment. Most of these companies are SMEs (small and medium enterprises) started by passionate scientists, hardworking entrepreneurs, and next generation farmers, fishers, and foresters.

A few long standing examples include Sylvar Technologies, a biopesticide company that develops pest management products that are non-toxic, environmentally friendly, and help protect our forests. Soricimed BioPharma, a drug and diagnostic development company investigating a synthesized compound originally found in shrew venom that can stop growth in cancer cells.

Of course we also have last year’s winner of the New Brunswick Bioscience Achievement Award,  LaForge Bioenvironmental; the region’s only on-farm biogas system based on a dairy farm in Saint-André, New Brunswick. Fuelled only with manure and organic food waste from surrounding processors, this facility generates enough energy to power the entire dairy operation and 1,000 homes in the area.

Not only is it Global Biotechnology Week, it’s also the 20th anniversary of BioNB, the lead agency in New Brunswick for supporting bioscience business. Biotech in New Brunswick is thriving, with a 56% growth in bioscience jobs and a 41% increase in bioscience companies over the past three years. This sector is helping to transform our traditional industries by creating new products, new exports and grow wealth in the province.

Bioscience is also something we can hang our hat on in terms of opportunities related to inward investment. With our long history of traditional industries combined with the research and development capacity of 13 research institutes and 6 academic institutions we are a fertile playground for new foreign-based technologies looking to validate with our natural resources.

It’s time to change the conversation about biotech and about New Brunswick. Now when you picture the face of biotech, picture a green future, sustainability, and homegrown entrepreneurs who are making the world a better place while creating opportunity here at home.