Dr. Thierry Chopin, Scientific Director of the Canadian Integrated Multi-Trophic Aquaculture Network, based at the University of New Brunswick Saint John Campus, was an invited panelist at the 7th edition of the Monaco Blue Initiative, which, this year, was held in São Paulo, Brazil, April 3-4. 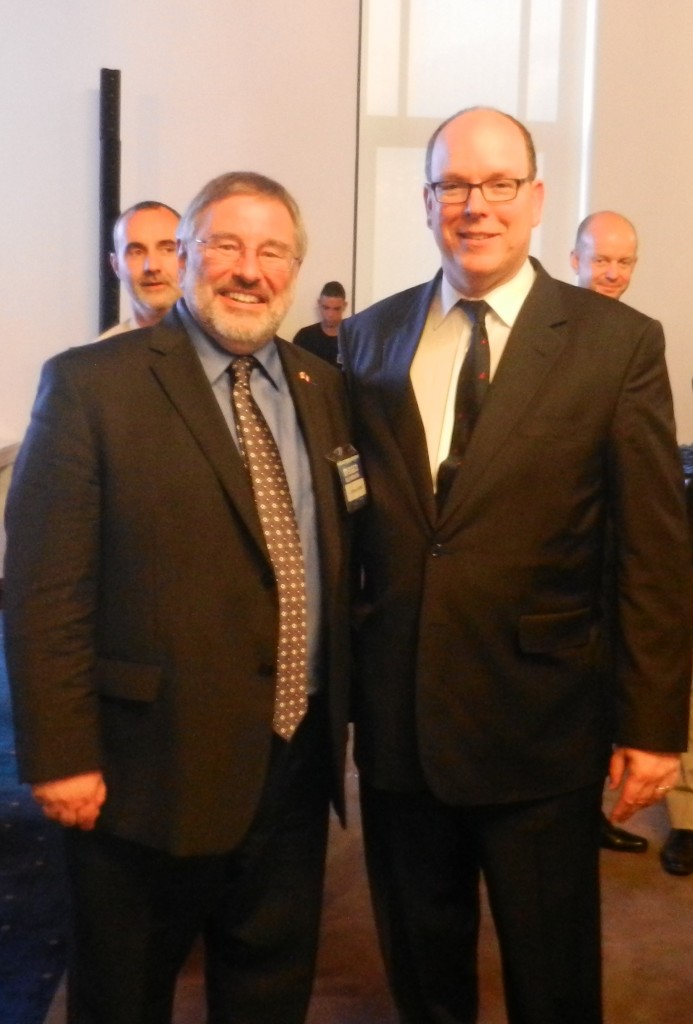 Its members meet annually to discuss the current global challenges of ocean protection and preservation. The Monaco Blue Initiative is an effective platform for communication and exchange between representatives from different backgrounds: scientific, entrepreneurial, political decision-makers and civil society. It aims to analyze and put forward the possible synergies between the protection of marine ecosystems and socio-economic development.

The theme of this year’s edition of the MBI was “Sustainable aquaculture at the heart of a blue economy”. Around 60 participants met to discuss various topics focused on four panel sessions: 1) Sustainable aquaculture in South America: trends and challenges; 2) No waste, no pollution, more value: aquaculture in the circular economy; 3) Engaging consumers and stakeholders towards sustainability; and 4) Oceans’ role in climate change.

Thierry Chopin was one of the four panelists of the second session. As Integrated Multi-Trophic Aquaculture (IMTA) is about optimizing systems, nature bio-mimicking, industrial ecology, and considering nutrients not as waste but food, it fits very well within the circular economy approach. Beyond recapturing biological nutrients, IMTA is also about giving more value to co-products, through their valorization and the regenerative diversification of their applications. The IMTA multi-crop diversification approach could also be an economic risk mitigation and management option to address pending climate change and ocean acidification impacts. In many countries, including Canada, flexible and enabling regulatory changes will be needed for the implementation of innovative aquaculture practices, such as IMTA. The ecosystem services provided by extractive aquaculture will have to be recognized, properly valued and used as financial and regulatory incentive tools (e.g. nutrient trading credits). In summary, the time has come for the Turquoise Revolution, a greener Blue Revolution, and the development of aquanomy (just as we have agronomy on land).

It was remarkable to see the dedication of HSH Prince Albert II of Monaco who attended the whole conference, taking notes, listening to the debates, taking a picture with his cell phone of Thierry Chopin’s well-known slide explaining the functioning of IMTA systems, and wholeheartedly laughing when Thierry Chopin did his IMTA dance (a variation on YMCA by Village People!). The Prince, who is a very approachable person, told him, later in the day, that it was a great way to make sure that he will remember IMTA in the future!

Following the MBI conference, Thierry Chopin spent 4 days with Dr. Wagner Valenti (professor at the São Paulo State University, UNESP) and Dr. Janaina Mitsue Kimpara (technical coordinator of the Mid-North Research and Development Centre of EMBRAPA, the Brazilian Agricultural Research Corporation). He gave a seminar entitled “Responsibly farming marine and fresh-waters through the development of Integrated Multi-Trophic Aquaculture (IMTA) practices” at the São Vicente and Jaboticabal campuses of UNESP. They also worked on the possibility of developing a project on marine and fresh-water IMTA in the context of food security in Brazil.