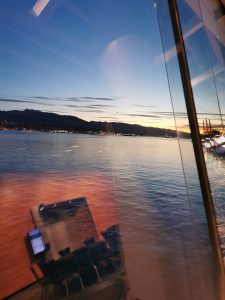 Arriving to the Vancouver Convention Centre West extremely early to the Leading Change Forum, a forum comprised of 150 delegates from across the country advancing sustainability, at 6:50 a.m. was initially very tiring. It was me and only one other individual who also happened to have anxiety about being late to things. Soon thereafter, the conference centre began to fill. The excitement and amount of expertise in the room when 7:30 a.m. hit was far more than I was expecting at that hour of the morning. It just goes to show you that when you get a bunch of people in the same room with the same interests, or at least a desire to learn, time no longer matters.

I came to this conference with almost 10 months of bioscience and bioeconomy knowledge under my belt, and I thought I knew at least something, but as the often misquoted Plato/Socrates saying goes, before coming, I kept an open mind and followed the “only thing I know is that I know nothing” approach. This was the first time that Leading Change had representatives from every province and territory which in and of itself is something to be proud of. No matter how long people had been in this space, getting the chance to talk with other like-minded individuals from across the country opened everyone’s eyes to new ideas. 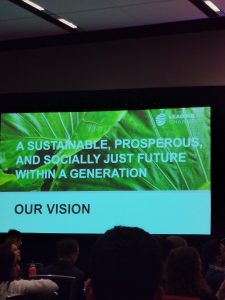 From the get-go with the opening remarks from the Minister of Environment and Climate Change, The Honourable Jonathan Wilkinson, we knew we were at the right place. The minister said that, “Every minister needs to be a minister of climate change.” Everyone has a role to play no matter what industry or department or organization you are with. From talks about the climate crisis, to workshops about waste streams with representatives from Lush and Coca-Cola, this conference was already both exciting and eye opening and certainly exceeded my expectations.

The Whova app that was utilized for the conference was intuitive enough for me to set up meetings and meetups even before I got there. This first night, I had scheduled a meetup after the conference for people to introduce themselves in a more relaxed setting. While only about 15 people showed up, it too was a success. I met completely new people and got to ask a question that I still struggle to find the answer for. I was sitting next to a woman from Alberta. My question to her was, “I am a marketing and communications director. How can I convey the urgency of our current climate situation, or need for vaccines, or need for evidence-based science not funded by the very people who are polluting the planet or our bodies, to those of opposing views without alienating them? How do I communicate urgency while not making them feel stupid or like I’m trying to hurt them and the only way of life they know?” 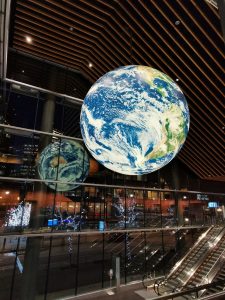 There is no one right answer of course but I was pleased with her reaction to the question, for her response was also intelligent, coherent, and educational. The people who don’t believe in vaccinating their children or the climate change deniers aren’t stupid people. They are still people who deserve respect. I was educated to the other side of the argument. You should never turn away from people speaking their own truth. It is what they were taught, it’s what they know. Same as some of us who think a vegan lifestyle will cure more of the environmental problem than business incentives, living within our means, and innovation. She and I concluded together that open, moderated, and honest communication will help me find the answers to my questions. Something as simple as taking part in open climate talks, instead of protesting outside of it, will help you understand both sides. In truly understanding both sides, you may change your point of view, or be given even more talking points for your own arguments.

I would later tell my girlfriend that it was “Great! Won’t be able to sleep kind of great.” Meaning, I met and talked with so many interesting and passionate people about so many things that I am now familiar with, but so many things I had never known before.

They tell you at conferences to “set your intention” before going and keep that in the back of your mind as you plan. My intention, at its very base was to educate and get educated. I had already achieved a measure of success with this within the first few hours, let alone the successes that were to follow over the next 3 days. 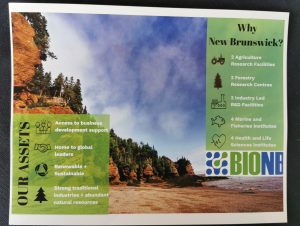