The Power of Mushrooms for One NB Start-up 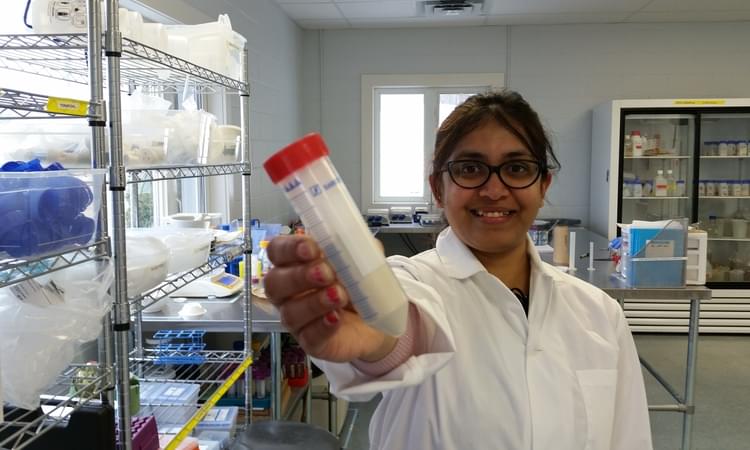 Dr. Tanzina Huq, chief technical officer of Fredericton-based Chinova Bioworks, holds up a vial of chitosan extracted from mushrooms which can be used to make an ecofriendly preservative for juice, meat, cosmetics and pharmaceuticals. Photo: Stephen Llewellyn/The Daily Gleaner.

Fredericton-based Chinova Bioworks is a start-up looking to take their product to market and hoping mushrooms can help them get there.

Their product is a natural version of the preservative chitosan which can be found in most bottled or canned goods. Theirs is set to be marketed to a Japanese company to use in orange juices, apple juices and ice teas.

What sets their product apart from others who produce chitosan is that theirs comes from mushrooms instead of the more commonly used shrimp or crustacean shells. By using mushrooms, they have access to a larger and more cost-effective supply.

Chinova Bioworks is a New Brunswick based start-up who use only natural mushroom chitosan with the aim of replacing unhealthy artificial preservatives in foods and beverages to make people healthier and products safer.